One of the manufacturers we are proudest to be associated with is Watlow Electric Manufacturing Co. We sell their high quality products to the industrial sector with pride and confidence that clients will receive machine and machine parts that will perform at or above their expectations. We admire the company for their constant efforts at perfection in the products they produce. But innovation and excellence such as that achieved by Watlow Electric Manufacturing Company does not happen overnight nor is their story a simple one. Here is a little about one of our manufacturers that we hope will inspire your company as you peruse our products such as our hot air heater and oil tank heater blanket.

Watlow is a family owned business that began back in 1922 when its founder rented a space on the second floor of a machine shop and began making electric heating elements for the shoe company. The St. Louis businessman/inventor – Louis Desloge Sr. – eventually began selling his products locally then expanded beyond the local market during the 1930s and 1940s. HIs first innovation came with the swaged cartridge heater which improved heat transfer efficiency greatly. This innovation and his company’s hard work formed the basis of him expanding to a 185,000 square foot facility eventually.

Whereas some companies rest for some time on one accomplishment, innovations continued throughout the next several decades for the Watlow Company. For example, it introduced the first thermocouple product back in the 1970s. Thermocouples have the ability to accurately measure extreme temperatures, with ranges from 270 to 2,500 degrees Celsius, and errors within 0.5 to 2 degrees Celsius and are used in gas appliances such as boilers, water heaters, and ovens. 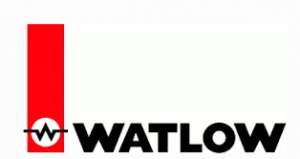 Today, the company continues to innovate with products such as its new F4T with INTUITION, a touch-screen controller that combines the functions of several devices into one process control. It also continues to provide products to numerous industries, including semiconductor processing, environmental chambers, energy processes, diesel emissions, medical and foodservice equipment. Moreover,, Watlow holds more than 450 patents and currently employees more than 2,000 employees who work in many parts of the world.

Finally, we know that your company will be well served by any of the Watlow products we sell on our site as your company makes its own push towards excellence and innovation.

4 Machine Safety Tips To Prevent Workplace Injuries or WorseConvection vs. Radiant Heaters: Their Differences and How they Work
Scroll to top